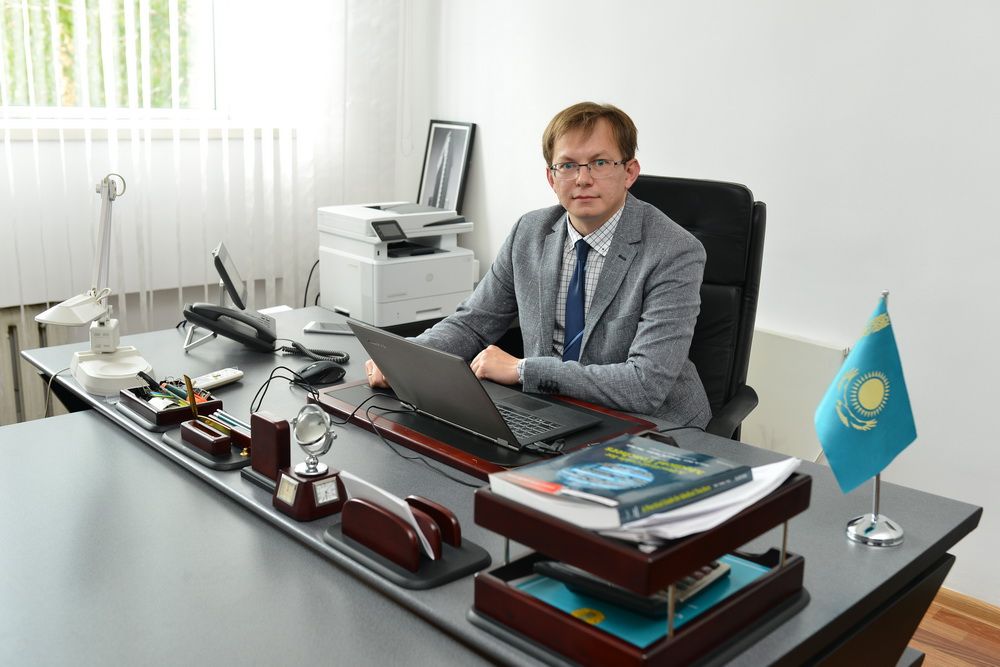 Riklefs Viktor Petrovich, born in 1979, ethnical German. He attained the bachelor degree from Karaganda State Medical Academy in Biomedicine (information technologies) in 2002, and Master degree in Biophysics in 2003. In 2007, he acquired the PhD in Physiology. In 2013, he got the academic degree of International Master of Health Professions Education from Maastricht University (Netherlands). Currently, he is the PhD candidate in Maastricht University at the School of Health Professions Education.

Since 2003, he is actively involved into teaching in KSMU, first as the Assistant Professor and then as acting Associate Professor of Department of Medical Biophysics and Informatics. In 2007-2017 he was the Director of KSMU Practical Skills Centre; In February-August 2017 he was the Director of Centre for Transfer of Innovative Technologies. In August 2017, he is appointed the Vice-Rector for Education.

Besides Russian, he is fluent in English, has limited German proficiency and is actively learning Kazakh. He underwent the intensive training in use of medical educational technologies at the University of Southampton (UK) in 2007, at Miami University (USA) and at World Federation of Medical Education (Copenhagen, Denmark) in 2009. Since 2008, he is actively involved into leading the workshops in simulation technologies and active learning methods for medical educators. Through academic mobility network, he organised the similar workshops at Medical Institute of Surgut State University in 2013-2015. In 2014 and 2015, he was the main speaker at conferences for Directors of Simulation Centres of medical universities in Russian Federation.