The CENTER OF PHYSICAL HEALTH 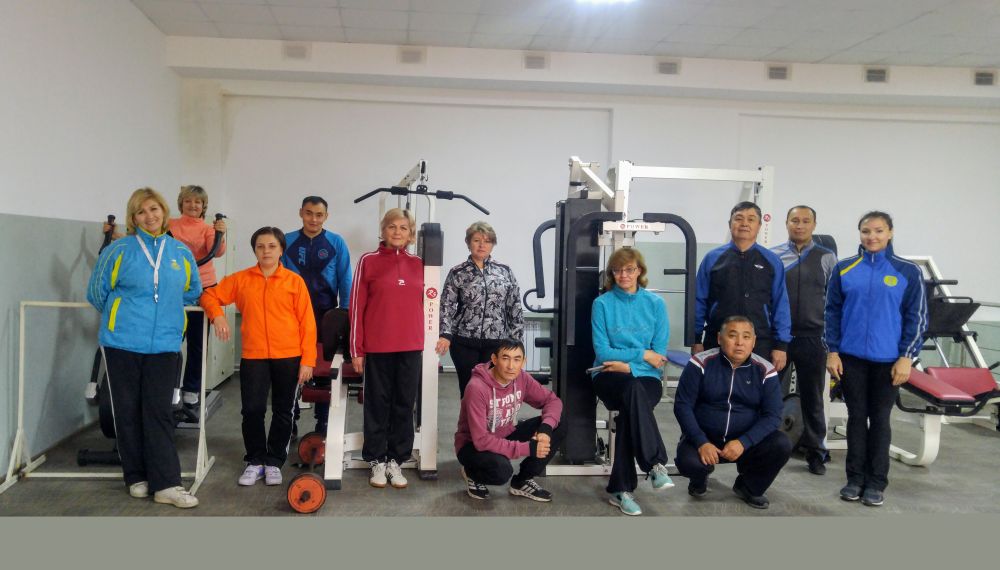 The CENTER OF PHYSICAL HEALTH

The department of physical education was organized in 1950 (course at that time).The First Head of the course was head teacher I.P. Shevelev.

Then the department was run by M.S. Seralyev.

From 1951 to 1955 the department was run by Y.A Hayrova. Yuldus Abdulaevna  graduated from Kazakh Medical University in 1950. All years she spent in the university she devoted to physical culture and sport. She was the eminent promoter of the mass sporting activities throughout the life.

Vostrikov Pavel Nikolaevich graduated from Kazakh State Institute of Physical Culture in 1952 and was assigned to work to the Karaganda State Medical University to the Physical Education Department. While working as the head teacher of the mass sporting activities he has proven himself as a well-qualified leader and organizer. From 1957 to 1986 he was elected to the Head of the department. The time of his heading of the educational process and sports work was noted by higher authorities. His students took the first prizes in competitions in Kazakhstan as well as on All-union competitions of the medical universities. They took honourable prizes in the district, urbane and regional competitions.

Alexander Viktorovich Klimov graduated from Karaganda Pedagogical Institute of Physical Education in 1978. According to his own wish, he was assigned to work to Shevchenko town (Mangyshlak region). Since 1979 he worked at the Karaganda State Medical University as the teacher of Department of Physical Education. Later, according to the results of the competition, he was elected as the head teacher and in 1986 he became the Head of the Department. The skilled organizer and leader, who devoted a lot of labor and skills to the formation and improvement of the department’s work, he was awarded the badge "Honorary Worker of Sports of the Republic of Kazakhstan".

The great importance was always attached to the sports of the highest achievements.

There had been trained 5 world-class athletes, more than 20 Masters of Sport, 23 candidates for Master of Sport and 30 first-grade athletes.

M. Kurilkina and N. Shuktueva are judo masters of sport. Young judo players such as D. Gabdullina, S. Toybekova, T. Dragolceva, A. Freze, N. Shuktueva, S. Sapargalieva showed very good results. They also showed good results in hand-to-hand fight. Their coach is Shedin Nikolay Dmitrievich. Powerlifting world-class athlete Golubev V demonstrates excellent results. He took the first place in the World Championships in the Republic of South Africa, the second place in the Asia Championship and he is a multiple winner of the Kazakhstan Republic Championship. The staff of physical education faculty

Physical education classes are held on two years of education of all the faculties and specialties in the main, preparatory, special medical group and medical physical therapy group.

The main aim of the Department is to train well-qualified doctors, true supporters and promoters of the healthy lifestyle. There are sport sections of the volleyball, basketball, table tennis, athletics, fitness, football, chess, checkers, skiing, kazakhsha kures and toguz-kumalak. Students have opportunity to participate in traditional games such as “Between faculties”, “Dormitories”, “Freshman”.

Athletes of our university defend the honour of the university in the competitions of different levels. They actively participate in the district, urbane and regional competitions. The Centre of Physical Health is opened to new ideas and always ready to put it into practice.